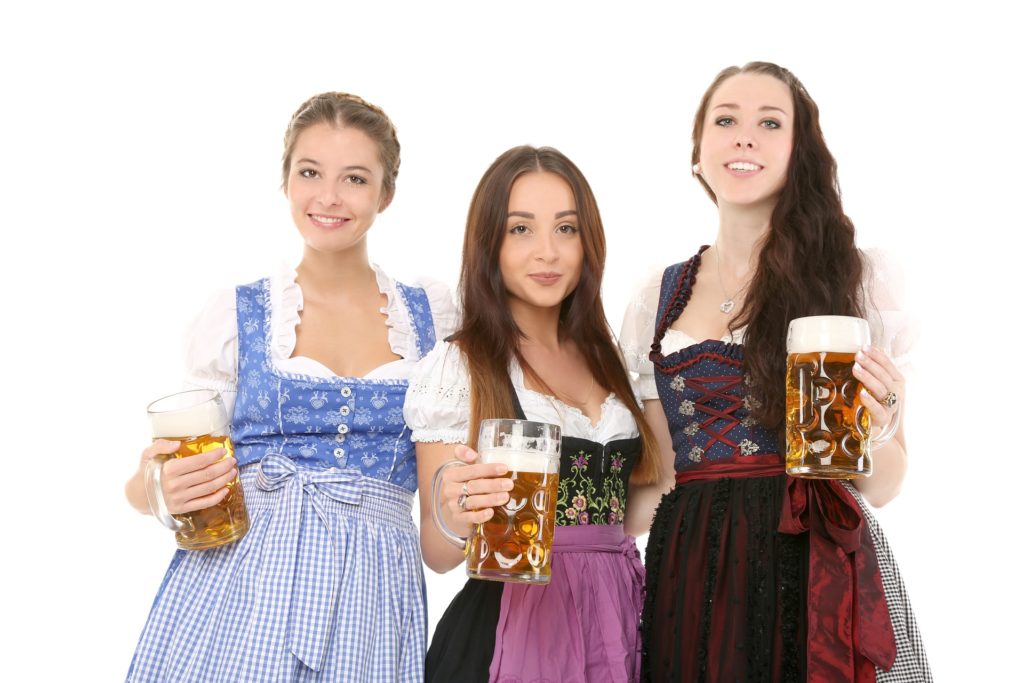 A Festival of Beer!

That’s how most participants would label the three-week party of food, music and suds that has been imported from Germany. The hop-filled tradition is called Oktoberfest.

It started in Bavaria nearly 200 years ago and is now celebrated mostly in the month of September with more than 6 million people from around the world attending each year.

The annual affair began as the wedding celebration of a Bavarian Crown Prince in 1810. All citizens were invited to attend the wedding and rejoice, though it was a non-alcoholic event. But what’s a party without beer?

Now, more than 7.5 million liters are consumed each year.

Official regulations state that only beers made in Munich’s six breweries may be served. The Germans are fanatical about their beer. When the sixteen-day beer-drinking fair is over, there are inevitably some casualties. When someone passes out, the locals call them “Bierleichen” or “Beer Corpses”. Be careful! You may trip over them and spill your beer!

For a local taste of Bavaria, try these German-accented Oktoberfests Pittsburgh Liedertafel,

Penn Brewery, Hofbräuhaus and Teutonia Mannerchor, but any good beer hall will suffice!